It’s always a courageous move to update a traditional piece of theatre but it’s especially courageous to update a pantomime when generally the audience have an ‘inkling’ of what to expect. However, this is what Jude Christian and Cariad Lloyd had in mind for their production of The National Theatres 2020 version of Dick Whittington.

Having first premiered at The Lyric Hammersmith in 2018, the production had been updated for 2020. Filmed following only its fourth preview performance on 15th December this year due to Government lockdown restrictions, the National Theatre pulled off an incredible feat in filming the pantomime. With some work still in progress, their wish to share the panto for free was based on acknowledging that all components of theatres have been massively affected by this year’s pandemic. Donations were encouraged to provide ongoing support for this struggling industry and also for NHS charities.

From the offset there was a nod to the strange times we have all been living through, when a team of cleaners came on stage with rulers, cleaning equipment and dressed in PPE. It was this moment that the audience would realise that they were seeing something that was pretty unique and certainly a one off, highlighting some challenges of 2020.

Most of us will be familiar with story of Dick Whittington and whilst there were many parallels to the original it did in some ways feel ‘too removed’ at times.

Dick Whittington was performed by Lawrence Hodgson-Mullings. He was a perfect Dick Whittington and the ‘double entendres’ surrounding his name was amusing yet not entirely original.  In this version Dick came to London from Leeds rather than Gloucestershire however he was still searching to seek his fortune. Humble, passionate and earnest, he consistently projected well and was a perfect central character. His part suited the stage setting and also the fact it was performed as ‘theatre in the round’ as his close proximity to a largely socially distanced, spaced out audience added a connection that was fitting.

Always requiring a panto baddie, Dick Whittington was no exception. In this version the baddie was played by the excellent Amy Booth-Steel who performed the part of the villainous ‘Queen Rat’ to perfection. Interacting well with the audience she was confident and effortlessly portrayed an excellent ‘baddie’.

Ensemble pieces were well executed and always more pleasing to watch when in a round performance.  Directors of the creative team must also be applauded for the visual on stage was excellent at all times. A stage full of colour and injected splashes of neon creatively directed by Ned Bennett, this production of Dick Whittington had an almost futuristic feel about it.

Music was on point throughout and by including modern pop songs it provided an attractive quality to the younger audience members in particular.

Humour was injected throughout- the pantomime mare came on stage ‘front first’ and then separately the rear- very fitting of the essential social distancing we are all familiar with currently.

The National Theatres production of Dick Whittington is recommended for ages 6 plus and whilst I would agree with this, I would suggest that it may not be to everyone’s taste however. I loved the freshness and the vibrancy on stage but with much of the traditional aspects of this well-loved pantomime lost, this may not be the panto for the masses. Not one for the die-hard traditionalists of panto season but certainly worth a donation!  ( www.nationaltheatres.org.uk/donate ). Dick Whittington is available on demand and streaming for free until 27th December. 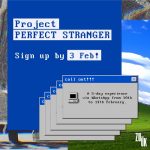 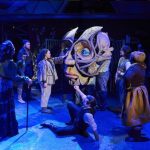 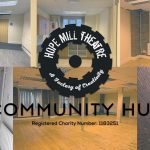