Blue Fire Theatre have had two shows in planning for some time, focusing on household names of theatre past. In Kemp’s Jig, the spotlight falls on Will Kemp (c1560-1603), jester and low comedian for William Shakespeare’s company. In Marie Lloyd Saved My Life, we meet the Victorian music hall male impersonator Nelly Power (1854-1887). These shows would have opened at the Edinburgh Fringe this year, but instead the characters meet, backstage, in a short piece entitled At the Ghostlight.

A chatty piece in which these two ghosts of the footlights meet in a deserted backstage area in a theatre, At the Ghostlight may be short at just under twelve minutes, but in J.J. Leppink’s thoughtful and funny script, it brings together two performers hundreds of years apart into a contemporary space to talk about their contemporaries, cheap laughs, and “noble clowning”. The stages have been closed due to “the plague”, then and now, and so the spectre of live engagement and the laughter of audiences float on hold.

Power (played by Lottie Walker), in full formal regalia, and Kemp (played by Steve Taylor) in his jesting costume, come across as strong and versatile characters, able to weather any storm which affects them. Just as Kemp is in the shadow of the Bard, so Power feels herself constrained by the fame of music hall Queen Marie Lloyd, whose cheery and cheeky songs pulled in the common crowds.

Surrounded by the props of performance, instruments, puppets, furniture, they bandy words and get along fine, and bring to the fore a potted history of the evolution of theatre as they go. In Kemp’s day, public mutilation and execution was a spectacle enjoyed by audiences, but women were forbidden from treading the boards. “There’s not a better sound that a crowd roaring with laughter”, says Power.  They may be stuck out in the provinces, or blocked from engaging with their public, but the show must go on.

Filmed and edited by Michael Bishop, this is a professional piece which opens out the characters and their surroundings. We feel their devotion to their craft, and the frustrations of a performer who finds themselves playing in the provinces. Power pragmatically notes, “a pervert is a reliable source of income”, acknowledging her appeal beyond those who line the theatre pit. Sipping from disposable coffee cups, this is Power and Kemp with the veil lifted, a peek behind the curtain and beyond the fourth wall.

At the Ghostlight was released on 8th August 2020 and can be viewed at https://online.thespaceuk.com/watch-shows/theatre 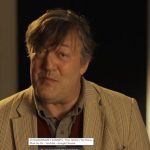 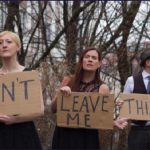 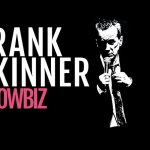 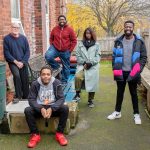 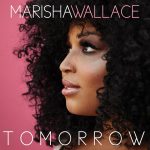