As it toured the country, Leicester Curve’s 2017 production was praised by audiences and critics alike. Now, the team has come back together and filmed the musical for home viewings, whilst the theatres it visited sadly remain closed. Nikolai Foster’s artistic take on the iconic show has elevated the plot, and in doing so, has created an even more captivating piece.

The first number embodies the chaos and desperation of late-40’s Hollywood, set to the familiar melodies of Webber. “Did I hear that chord sequence in Joseph, or was it Jesus? Or have I just heard it earlier on in this song?” Webber’s signature style is stamped onto the show from the get-go. Another thing that is noticeable straight away is the appeal of the leading man. Narrating directly to camera, Danny Mac (White Christmas, Pretty Woman) oozes suavity and cool. Mac plays a down-on-his-luck writer who happens upon a forgotten silent-movie star, played by Ria Jones (Chess, Cats, Evita.. You name it, she’s done it). Adorned with sunglasses and a turban, her grand entrance and descent of the stairs is the epitome of old-school glamour. The story follows on from this chance encounter, as the actress becomes increasingly infatuated with the writer, and the idea of returning to the limelight.

Both leading actors’ journeys through the musical are masterclasses in their own right. Mac’s subtle choices seem sincere, and the increase of his cynicism is matched with impassioned vocals. As a person who can be sceptical of “star castings”, I didn’t expect the narrator to be so magnetic. His performance is perfectly matched by the melodrama that Jones brings. Jones has been involved in developing the show since 1991, where the workshops were still ongoing. Her previous work on Norma has obviously informed a magnificent performance. I felt that her rendition of the classic “Almost as if We Never Said Goodbye” was robbed of a standing ovation, with there being no audience. Her power and flamboyance don’t mask the insecurity of the woman underneath; making her all the more devastating.

Whilst his booming voice sung out in devotion to his Madame, Adam Pearce (Les Misérables) also pulled at the heartstrings as loyal assistant Max. Where Molly Lynch (The Last Five Years) brought a sprightly optimism and beautiful soprano to Mac’s love interest, Betty. The whole ensemble was constantly creating this fast-paced studio buzz, whilst singing and dancing remarkably well.  The entire cast can’t be faulted.

Contrary to what most people may think, this is not just a filmed version of the Curve’s production.  The whole show has been re-rehearsed and thought through with the filming in mind. Seeing a masked camera assistant did make me uncertain for a moment, but soon it was clear that we were meant to see “behind the scenes”. The auditorium echoes the familiarity of a sound stage with cameras, orchestra and crew out in the open. As Foster says, they used “every single corner of the auditorium”. The lighting rig descends on the stage, Jones commands scenes from the balcony, and so the environment of Hollywood is enforced. It’s an innovative utilisation; who needs a set when there’s a whole theatre to explore?

Encapsulating Foster’s genius concept, the show comes to its inevitable end. The escapist nature had such an effect on me that it took a while to stop thinking about it. I can honestly say that I believe this production will be spoken about for a very long time. It’s a masterpiece. If you can stream it, then do. You’ll be swept away into a seducing tale of Hollywood drama. 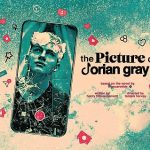