Like many spaces Derby Theatre is dipping its toe back into live shows with a socially distanced performance bringing together voices in the local community and professional performers.

Their Artistic Director and CEO Sarah Brigham says they could have just thrown on a murder mystery one hander for their return, but instead they have gone for something deeper to reopen their stage with a community devised event billed as Derby Rises on Sunday 27th September.

“When we were thinking about reopening the theatre we were all expecting this big grand opening, standing ovations, massive shows and it’s become clear that’s not going to happen,” observes Sarah in the midst of pulling the show together and deep cleaning the venue.

“We felt the most important thing was that the first thing on our stage was artists, theatre makers and our community as those were the elements we always knew were important to us, but throughout lockdown have proved even more so.”

Brigham and her team pride themselves on their deep links into the local community reaching out to them to create a city wide artistic response to how locals have been impacted by the global pandemic.

“We’ve been working with an artist called Leo Kay, from Unfinished Business, and he’s been running workshops with communities right across the city talking about their hopes for the future as we’ve all been through this really traumatic experience so we have to process it.

“Theatre makes who are local to us, or worked in the city, have been sat with these groups listening to everything being said, and they’ve made response pieces. It is newly commissioned work based on what the community have said putting their voice at the heart of it all.”

Four pieces will be performed at the reopening by award winning poet Jamie Thrasivoulon, artist Amy Pennington, cabaret performer Symone and local rapper Mr Supreme. They will joined on the bill by Sinfonia Viva who are based in the city and Derby Jazz.

The days when theatres just put on shows every night, with a matinee on Saturdays, are long gone as a new generation of artistic directors like Brigham see their spaces as a community asset, which made it easier to find people from different backgrounds prepared to put forward their manifesto for a post COVID Derby.

“As a theatre we are civically engaged so when we closed our doors the first thing we did was sort out food parcels for young people in care as we’ve worked with them every single week, and we realised what they needed more than drama was someone to do the shopping for them,” notes Brigham.

“We’ve had a long term relationship with Derby Refugee Centre, and we’ve run something called ‘Meet Your Neighbour’ where we invite refugees to come into our venue, have a party and sit with our regular audience to watch the show together. One of our associate companies are Milk Presents, a LGBTQIA led company who do a lot of work in that community then make work at our theatre.”

And Brigham decided to broaden her net to include people who might never have visited the theatre, but still have a valid voice that often goes unheard by creatives.

“The third community was Joe Public who are everyday local working class people so wanted to give them a chance too. Our theatre sits in the market so you literally walk from the fruit and veg store into our front door so we’ve been at the heart of the community.

“We’ve erected a graffiti wall in town, and anyone just passing by can put their thoughts and hopes for the future, and the performance poet will weave that into a special poem. The job of the theatre is bringing the community together to celebrate, and also to heal.”

Talking to theatre leaders the enforced lockdown has been a nightmare as they battle practical issues like keeping staff employed and returning audiences safe, but it has also been a period where they have able to get off the treadmill and consider their own practice. That’s certainly Brigham’s experience as she thinks Derby Theatre needs to embed itself in the city’s life even more than it already has.

“I feel like that is the last seven years of our journey because when I arrived the theatre had been closed for a while, been in administration, so that’s the conversation we’ve been having anyway,” recalls Brigham

“As human beings theatre is important because it tells stories and they are really important for us to come together, to heal, to laugh and cry. That opportunity was taken away for us to gather so let’s really make this matter now.”

And not surprisingly the people of Derby have rallied round as their theatre joins hundreds of others in a desperate battle to come out of the other side of this national crisis that has left venues dark for months.

“It’s been phenomenal, definitely in a financial sense. We’d had to cancel a load of shows and of course we offered refunds, but I think around 55% came back and just said keep the money. A large percentage said just put into credit and we’ll come back when we can.

“We might have shut our doors, but we’ve not still stopped as we’ve been working with key worker’s kids and vulnerable young people. The feedback from those people is them saying you’ve kept me sane during lockdown which has been amazing.”

The team are now preparing their temperature checkers, hand sanitiser and masks to make sure Derby Rises can safely offer a new vision for this vibrant and diverse East Midlands city. 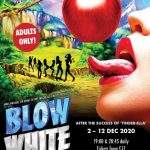 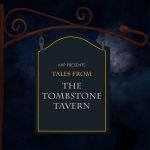 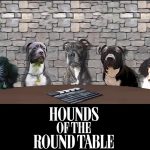 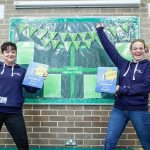