The UK’s leading touring theatre companies are uniting this autumn to present Signal Fires, a nationwide project inspired by one of the original forms of theatre – storytelling around a fire.

Each company will self-produce an evening of work – a signal fire – at a different location across the UK  in celebration of our fundamental need to tell stories, in order to help make sense of the world around us and reimagine the future. Presented outdoors in front of socially-distanced live audiences, or digitally for those who are shielding or currently unable to travel, every signal fire will incorporate a different form of physical fire, ranging from large-scale bonfires to candles, virtual fires to campfires, and BBQ’s to mobile phone lights. Working with hundreds of UK freelancers each company’s fire will be different from the last, spanning different disciplines reflecting the breadth and diversity of the touring circuit.

In light of the current crisis, the signal fires will create beacons across England, Scotland, Wales and Northern Ireland warning of the threat the industry continues to face while celebrating the extraordinary vibrancy of touring theatre and the freelancers they engage. Stretching across four nations, this festival of fires will connect audiences, freelance artists and touring companies together in a communal, national act of storytelling.

The health and safety of audiences, artists, creative teams and staff alike is of the upmost importance. All companies involved in the project will implement COVID secure measures to ensure that their full process, from rehearsal to performance, is in line with the current government guidelines, following strict hygiene protocols and allowing for social distancing.

Holly Race Roughan, Associate Artistic Director of Headlong said: ‘Signal Fires is an unprecedented project born out of unprecedented times. It has been incredibly inspiring and humbling to connect with so many different touring theatre companies. To be reminded of the sheer breadth and diversity of the UK touring ecology, the audiences we engage, and crucially what we now stand on the brink of losing. Touring theatre companies are vital for sharing stories across communities, so we can learn from each-other and reimagine a future together. Signal Fires demonstrates the power of collaboration and the need to embrace both innovation and new ways of working if we are to weather the challenging months ahead.’

Richard Twyman, CEO and Artistic Director of English Touring Theatre said: ‘When the theatres first closed, a group of touring companies came together to support each other; sharing ideas, learning and resources. A collective of companies determined to keep making work, serving audiences and engaging artists. Signal Fires was born from these conversations. As we all seek to make sense of what we’re living through and what comes next, we look to our storytellers to guide us forward. Each fire on its own is a small-scale coming together, but collectively, lit up across the UK, they represent a national act of storytelling. A chance to connect: to celebrate imagination and empathy in this time of isolation and uncertainty.’

Signal Fires will run from October to November at various locations across the UK. Further details will be announced shortly. 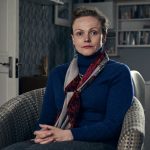 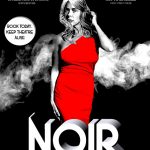 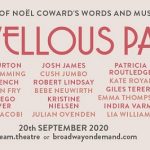 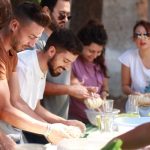 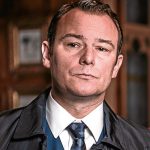